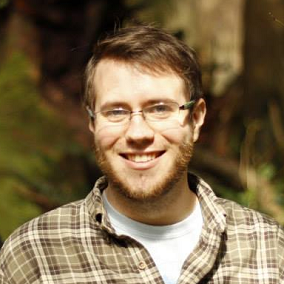 Jon has always been drawn to the forest. From the towering conifers of the Pacific Northwest’s rainforests to the scrubby chaparral of his home town in southern Oregon, he’s awed by the diversity and resilience of trees. While studying forest and conservation sciences as an undergraduate, understanding the basis of that diversity became Jon’s passion. His broad research interests are in the utilization of genomic data to answer long-standing evolutionary questions surrounding adaptation and speciation.

Hybridization between species is an important factor in speciation and the development of standing genetic variation for many plants. Advances in genomic data are allowing us to analyze hybridization at unprecedented resolution and scale, seeing how it plays out at the molecular level within a single organism, or through hundreds of individuals spread across thousands of square kilometers. Under the co-supervision of Drs. Sally Aitken and Loren Rieseberg, Jon is studying the evolutionary impacts of species hybridization in spruce hybrid zones throughout Western Canada. In his PhD research, he is using large-scale genomic datasets generated by the AdapTree project to identify genetic loci that allow hybrids to adapt to their local climates, and how those loci are arranged within the genome. He is also studying how the hybrid zones may have differed under past climates, to help inform how they may change in the future