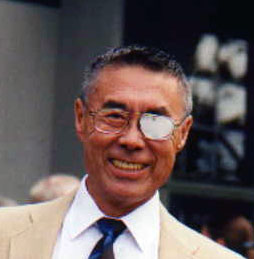 Gene Namkoong was a leader in forest genetics and instrumental in the establishment of the Centre for Forest Conservation Genetics. Here we provide access to his Obituary and his last publication “The Misunderstood Forest”.

Gene Namkoong, 68, passed away on Sunday March 3, 2002 at a local hospital near his mountain home in Leicester, North Carolina.

A native of New York city of Korean ancestry, Dr. Namkoong received his Bachelor of Science degree in 1956 and his M.S. in 1958, both from the State University of New York at Syracuse. He received his Ph.D. from North Carolina State University in 1963, in forestry and quantitative genetics. He was hired and worked for the US Forest Service from 1958 to 1993, based at North Carolina State University, where he also held professorships in the Departments of Genetics, Biomathematics and Forestry. In the mid-1970’s he was also appointed to the rare status in the US Forest Service as a Pioneer Research Scientist. In 1993, after retiring from the USFS, he accepted the Department Head, Forest Sciences, position at the University of British Columbia. He served in that position until his retirement in July, 1999, when he and his wife Carol moved back to North Carolina.

Gene, by all accounts, was the leading authority in forest genetics in the world. He published in many areas in genetics, including theoretical and empirical population and quantitative genetics, breeding theory and strategies, gene conservation, extension, and disease resistance. He also published in the area of ethics. He was awarded the prestigious Marcus Wallenberg prize in 1994, for his “pathbreaking contributions to quantitative and population genetics, tree breeding and management of genetic resources which form a solid scientific basis for the maintenance of biological diversity in forests all over the world.”

It is difficult to encapsulate the many contributions to forest science of Gene Namkoong. A symposium entitled “Unifying perspectives of evolution, conservation and breeding”, was held in his honor at the University of British Columbia from July 22 to 24, 1999, highlighted the diversity and quality of Gene’s research. Papers in honor of Gene (published as a special volume in the Canadian Journal of Forestry, Volume 31, 2001) attest to the breadth and depth of his research, and its impact upon our thinking about forest tree breeding and gene conservation. At the Symposium, we celebrated Gene’s many accomplishments and expressed our friendship on the occasion of his retirement as Department Head and Professor at the University of British Columbia. Family, friends, colleagues and students were delighted to come together for this celebration, and to bring greetings from around the world.

Retirement did not mean much of a reduction in Gene’s zeal for learning or a slowing in his generation of new ideas. He fought a heroic battle with melanoma, and he maintained an incredibly philosophical view of life and death throughout the process, all the time continuing to work on his final book. He was greatly supported in this battle, as he was throughout his career, by Carol. We were all extremely fortunate to have known this man as a colleague and a friend, and to have shared work and life with this truly remarkable man. He will be missed more than we can imagine.