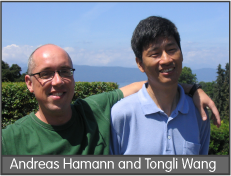 The programs use a combination of bilinear interpolation and elevation adjustment to downscale the baseline climate data (1961-1990 normals) into scale-free point data.  The elevation adjustment is achieved through a dynamic local regression function developed individually for each monthly climate variable in the baseline dataset. The effect of the downscaling is illustrated below: 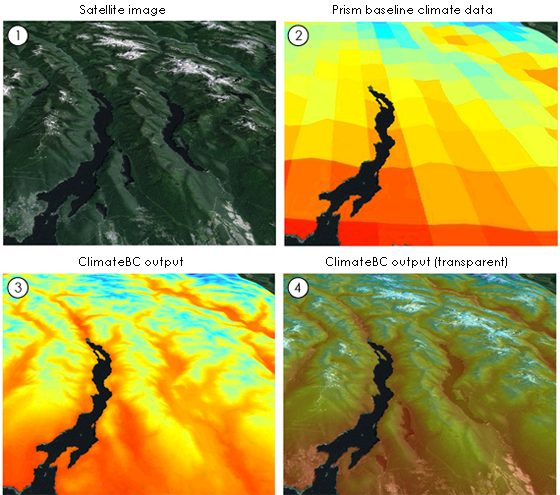 Effect of downscaling on the baseline data 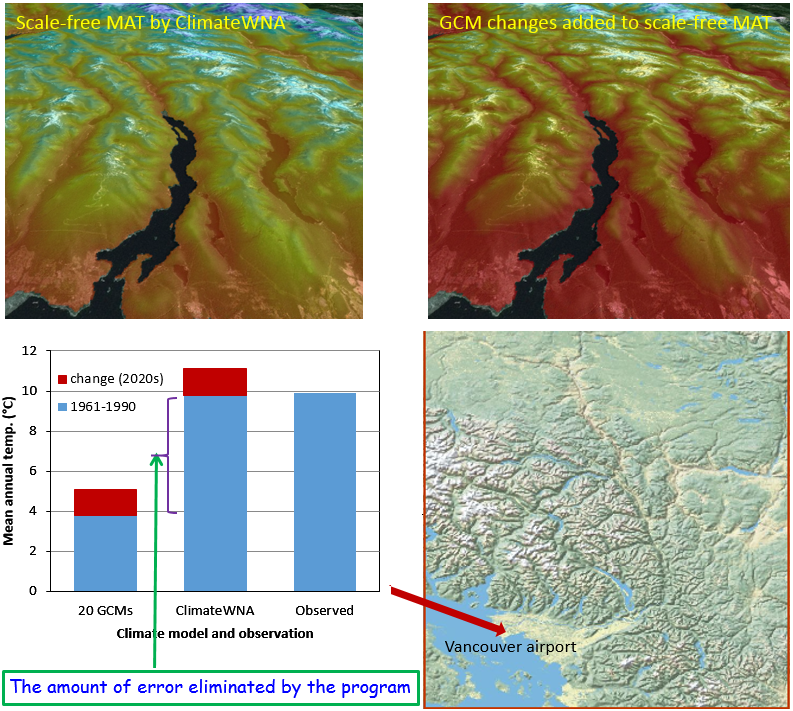 All the programs are freely available in a stand-alone desktop version or Google Map based web-version.  The desktop versions allow users to generate data for more than one location at a time, which can be done using input coordinate files for a period or a time series. The web-based versions are designed for periodic users or those with program installation restrictions on their computers.

The web-based version of Climate BC also serves as an interactive platform to visualize (and download) spatial climate data over top of ecosystem classification and forest tree species bioclimate envelopes for British Columbia. 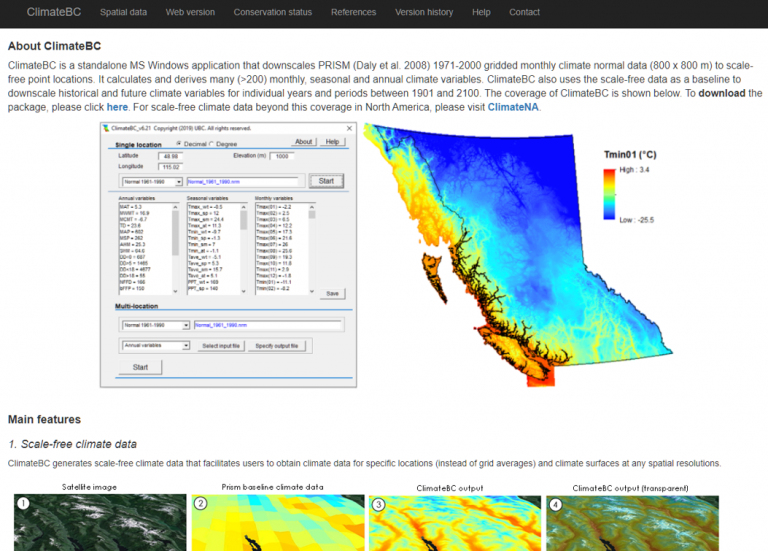 The desktop version of ClimateWNA is no longer updated as ClimateNA has the full coverage. However, the web version is still accessible. Here is the link:

the web-based version of ClimateWNA. 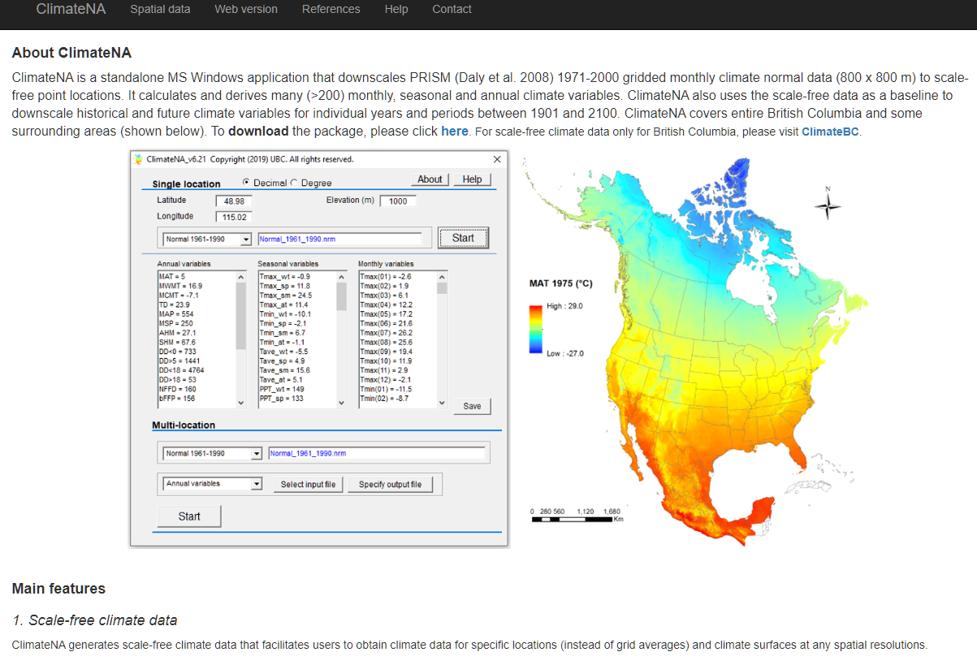 ClimateNA version 6.21 (version history) was released on November 01, 2019. Click here to download the program for free. The program will take 1.20GB of disk space. For information on installation, please refer to ClimateBC above. 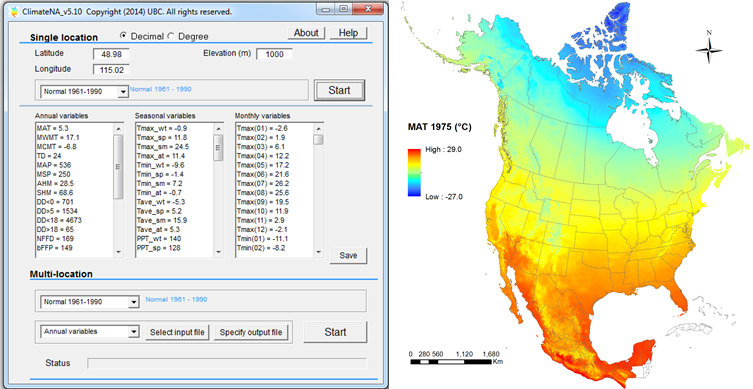 Current and projected climate data have been generated using ClimateNA for North America by Adaptwest. They are available for free at: http://adaptwest.databasin.org/pages/adaptwest-climatena

Hamann, A. and Wang, T. 2005. Models of climatic normals for genecology and climate change studies in British Columbia. Agricultural and Forest Meteorology 128: 211-221.